The 96th Annual Pageant and Ball

We are well on our journey toward Ye Mystic Revellers’  96th Annual Pageant & Ball! A formal event unlike anything you’re likely to experience, this year’s party will center around A Night at the Oscars and feature skits performed by members, open bar, dancing, live music, and plenty of opportunities for celebrating the ribald glitz and glamour of Hollywood. This will truly be a night for creating fuzzy memories!
Ye Mystic Revellers is North Florida’s oldest Mardi Gras organization and has been responsible for bringing these special traditions to the greater Jacksonville area since 1923. Revellers is a unique social organization whose membership is a varied cross section of Jacksonville’s business and social communities whose primary focus is to continue our city’s rich Mardi Gras tradition. Each year as we approach Fat Tuesday, Ye Mystic Revellers produces the foremost black tie pageant and ball In North Florida which in true Mardi Gras fashion is always entertaining, and sometimes bawdy.

In 1904 George W. Hardee, a native of New Orleans and participant in the Mardi gras celebrations there, worked for the Federal Government in Tampa. Upon his urging, the society editor of the Tampa Tribune began promoting a Mardi Gras style celebration, based upon the pirate Jose Gaspar. Mr. Hardee became the first Captain of “Ye Krewe of Gasparilla”.

After his time in Tampa, FL, he then moved to Jacksonville. In 1923 he was involved in convincing the Jacksonville Chamber of Commerce to start a Mardi Gras style celebration called the April Follies. Adopting a slogan of “Be Yourself”, Jacksonville did so in grand style, as thousands crowded the downtown area for the longest parade in history. One of the many private social organizations involved was the “Jesters”, a group of gentlemen whose membership was limited to 53, representing a deck of cards plus the “joker”. (Naturally, George Hardee was a charter member and later became the 6th Revellers King). After taking part in the opening day parade, the group assembled at the Armory for the Coronation Ball, the theme being “A Deck of Cards”.

During the following year the organization was renamed “Ye Mystic Revellers” because another local group was also known as the Jesters. After the bubble of the Florida Boom burst, the April follies were abandoned. However, Ye Mystic Revellers continued, expanding its membership and adopting a Friday before Ash Wednesday as the date for the annual Coronation Ball. Ye Mystic Revellers continues this storied tradition to this day serving as Jacksonville’s oldest Mardi Gras celebration, where we encourage everyone to just “Soyez vous-meme” or “Be yourself”. 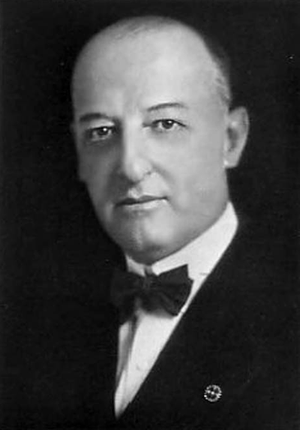 Currently A Member of Revellers

Pay your dues, see more photos from past events, and much more!
Enter Member Area
Got a question? Interested in Joining? Let us know.  Fill out the form below and we’ll be in touch.